When I was in middle school, I never really felt seen or understood for who I was. I can remember — to this day — constantly reciting to myself, as if it were a prayer: “Things will be different in high school.” Spoiler: They were not. When I finally started high school, I felt confident in my fluid expression of gender. I carried a tote bag, I colored my hair ( a decade ago, that would be considered femme or flamboyant), and I wore makeup. The person I was prepared to become was beginning to flourish. Fast forward three years and I found myself feeling beaten down by the people surrounding me … people who just weren’t on the same page when it came to the notion of gender. And so I left high school with a sense of disillusionment about my gender identity. I had fallen victim to the pressure to conform to what made the masses comfortable — rather than my own self.

Through the next few years of my young-adult life, I became consumed with self-loathing. I wasn’t comfortable with the way I presented myself in public. The desire to express my gender had lost its allure. I put aside the clothing, accessories, and personal acts of expression that made me feel connected with who I was. I waded around the shores of my thoughts trying to understand why I was so unhappy … where did I lose my joy?

It wasn’t until I was 23 did I begin to research and try to understand more about who I was, and what I was feeling inside. I remember April of 2015: Caitlyn Jenner made headlines when she announced to the world that she was transgender. Thus began the Google searches : “What is my gender?” “Why do I not feel comfortable?” “Should I transition?” All sorts of questions flurried around my mind and through my fingers, seeking an answer to explain the feeling I had felt since I left 9th-grade behind. 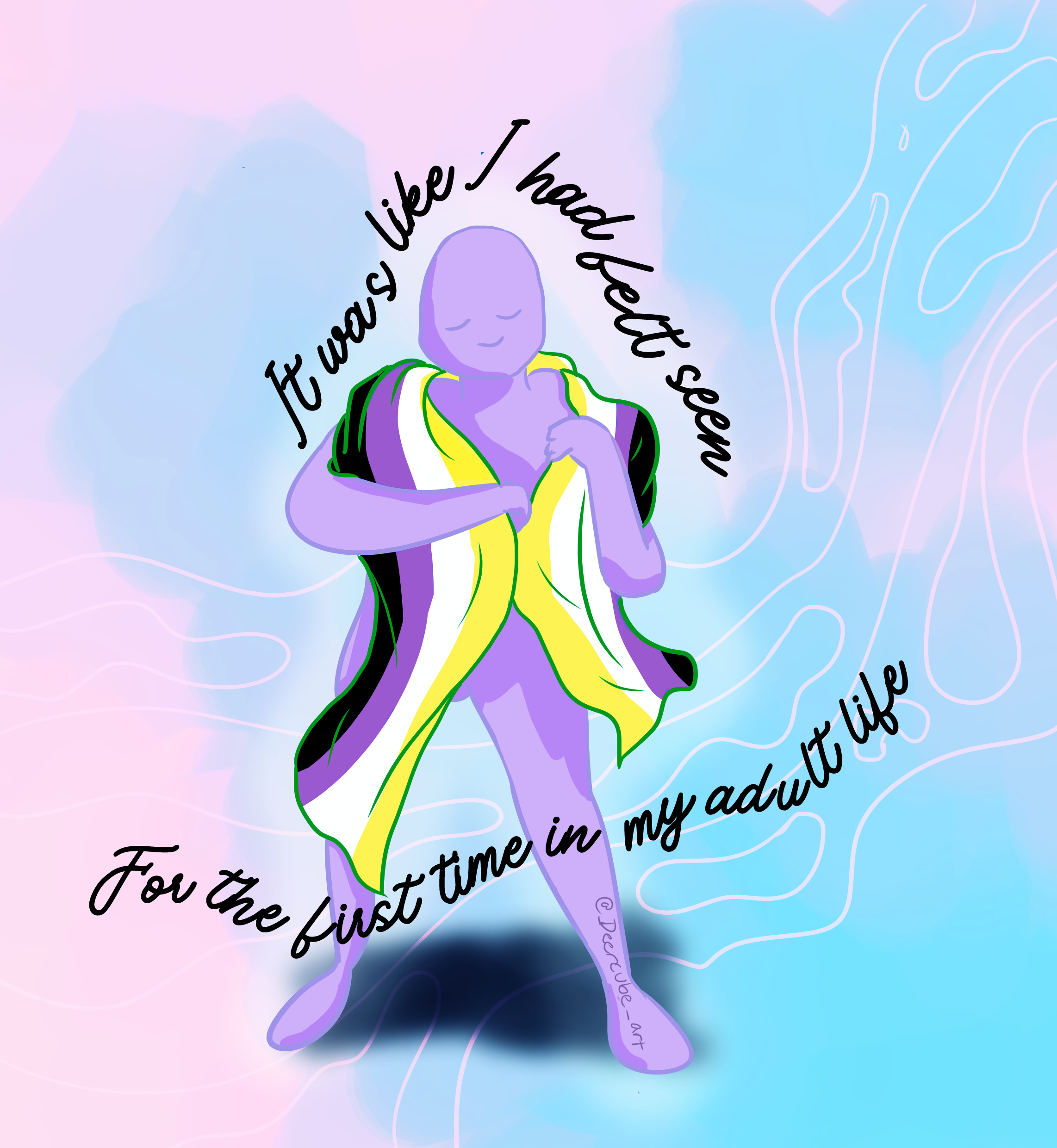 For the next two years, I became consumed with understanding my gender identity —not so that I could define it for anyone else, but for my understanding. I sought out insights from others who had gone through similar journeys, which mostly included my transgender friends via the internet —but I still felt unseen. I came to realize that my gender identity was less about transitioning my gender from one to another and more about denying its existence as defined by society. When I saw Indya Moore on the first season of Pose in 2018, and I discovered they were non-binary,  I began to research again, and it was then when something clicked. “Non-binary?” I thought; I hadn’t heard that term before. And then I felt seen. I read the definition, and it was as if I had felt seen for the first time in my adult life.

Since then, I’ve been able to find confidence and conviction within every action I take. The sense of self that was created through my gender journey and accepting myself as non-binary has been a re-birth. Nearly 30 years old now, I feel prepared to take on the challenges the rest of life has to offer. I’ve been able to help others also step forward and feel more comfortable  in their gender since I’ve grown more solidified in my own. Educating and providing resources for those in the community — and outside of it —continues to feel like a  gift that I have the luxury of opening daily. I hope that after reading my own journey through gender, you’ve found a piece of self that allows you to grow more into who you are and out of who they want you to be.