Transgender Rights Will Not Be Trumped 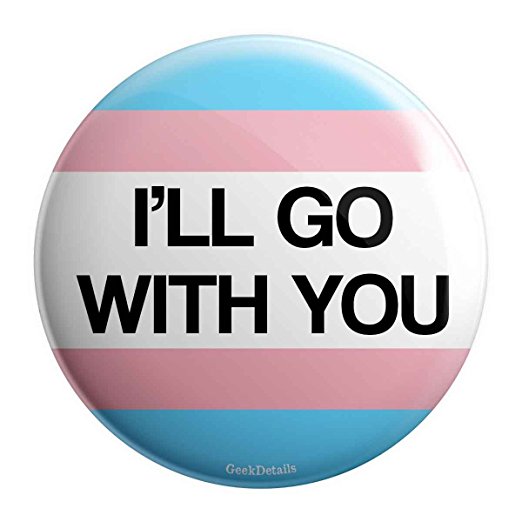 When he was President, Barack Obama issued a set of guidelines through the Departments of Justice and Education that said transgender students should be called by their preferred names and pronouns, and be allowed access to the restrooms, locker rooms, and other facilities that correspond with their gender identity.

At a town hall event in April 2016, Donald Trump said if he were elected he would not change President Obama’s transgender bathroom rights guidance. “There have been very few complaints. Leave it the way it is. People go, they use the bathroom that they feel is appropriate. There has been so little trouble.”

Now in the oval office, less than one year later, Trump ordered that the Departments of Justice and Education issue a letter withdrawing Obama’s guidance. The Trump administration letter released on Wednesday, February 22, 2017 said, in pertinent part, that the issue of transgender students’ use of bathrooms needed additional legal analysis, and that “in this context, there must be due regard for the primary role of the states and local school districts in establishing educational policy.”

The letter went on to say, “Please note that this withdrawal of these guidance documents does not leave students without protections from discrimination, bullying or harassment. All schools must ensure that all students, including LGBT students, are able to learn and thrive in a safe environment.”’

What does this mean to transgender youth? How are students to feel and be protected from discrimination, bullying, and harassment when the President went back on his own words? And now he says it’s for states and local school districts to establish policies? There has been an outcry across America, and rightly so because words matter. However, in our system of government, the President of the United States can huff and he can puff, but he cannot blow the law down.

First of all, schools do have the power to set inclusive and affirming policies for transgender students. TransFamily Support Services (and other groups) has been working closely with many wonderful school districts on adopting affirming policies. What if schools set discriminatory policies instead? Is that it? No! For example, federal courts remain free to rule on the scope of Title IX (a federal law). How to interpret Title IX happens to be one of the issues that will be before the U.S. Supreme Court in March of this year when it hears the case involving Gavin Grimm, a trans teen who sued a Virginia school district for denying him access to the boy’s restroom.

Transgender students are protected from discrimination under the same Constitution that protects all people equally whatever their ethnicity, color, age, or gender. It’s a complicated process and it’s hard to know you have to fight for a right that others so freely enjoy, like being able to sit in one of the front seats on a bus, marrying the person you love, or going to the restroom that corresponds with your gender identity. So how will transgender students be protected? Simply put, just like when some states passed laws or referendums that stated same-gender couples could not be married, the Supreme Court became involved because “separate but equal” laws violate the 14th Amendment of the U.S. Constitution. In this situation, some transgender youth, like Gavin Grimm, are being asked to use “separate but equal” restrooms.

What does Trump’s letter mean when it says that states and local school districts have primary responsibility for setting educational policy? That’s true. In fact, the 10th Amendment of the Constitution tells us that all rights not expressly granted to the federal government is reserved for the states. However, for example, if a state or local government establishes a policy or makes a law that is discriminatory under Title IX or the 14th Amendment, it becomes a horse of a different color, that is to say a federal matter.

People can have their opinions and cry out for privacy rights to not have to go to the bathroom with someone who identifies as the gender not on their birth certificate. The 1st Amendment says people can (pretty much) say what they want. That’s a federal protection that is expressed in the Constitution and supersedes state power. However, although people can mostly say what they want, they can’t make policies or laws in that regard if it violates the 14th Amendment equal protection rights of someone or a group of people. That’s where the Supreme Court has the power to come in. It’s not up to the President, states, or local school districts if the Supreme Court decides to hear a case on whether someone’s Title IX and/or Constitutional rights are violated.

What’s to come? There may be more maneuvering within school boards, legislatures, and courts in the days, weeks, months, and maybe years ahead. There is sure to be more passionate (and sometimes hurtful) opinions espoused. We must speak up, stand up, and do everything we can to protect transgender persons, particularly our youth, who are being challenged. Trans youth who can’t safely use the facilities at school are being told separate is equal, but that has not been the law for a very long time. We stand firm in our belief that Brown v. Board of Education, Title IX, and the 5th and 14th Amendments prohibit “separate but equal” discrimination based on gender. Moreover, the same Supreme Court that decided denying marriage to same-gender couples was unconstitutional will eventually be deciding Gavin Grimm’s case and/or others to come.

We will keep our voices strong and our work meaningful. At TransFamily Support Services we go high, and we want you to join us. Please like us on Facebook to keep up with announcements and opportunities. We are here to help families navigate the transition journey, whether the road is smooth or rough. Remember, love always wins.